New trailer for Ghost of Tsushima

Ghost of Tsushima will be released on July 17. the game is based on the real events of the first Mongol invasion in 1274. Sony showed 18 minutes of gameplay, where we found one important detail. In the 5th minute, the main character follows a Fox that leads him to the Inari Shrine. If you pay homage to two shrines, you will get an additional slot -- you can put a spell in it. By the way, you can then teleport to any sanctuary, so it's better to take a walk with the foxes if you see them in the bushes nearby.

Foxes (kitsune) -- not an invention of developers, but important for Japanese folklore creatures. According to Japanese beliefs, they accompany Inari-the deity of abundance, success and a good harvest. Legends tell how Inari, accompanied by kitsune, descended from the sky on a white Fox during a time of famine and saved people. At the same time, foxes are not considered uniquely good characters -- in Chinese legends they are described as werewolves and relatives of demons.

In some ways, different mythologies agree: foxes are credited with magical abilities such as creating illusions, tricks with time and space, and, of course, any Fox can create fire. Usually foxes transform into young beautiful girls, but only after a certain age -- hundreds of years are enough to learn this.

Foxes that do not serve Inari are most often portrayed as liars and thieves. They find victims among greedy merchants, braggarts, arrogant samurai or even Buddhist monks and torment them, breaking their spirit. The more vitality the Fox gets from the lover, the sooner it will be reborn and go to heaven. The life of a Fox-deceiver was described in detail by Viktor Pelevin in the "Holy book of the werewolf" -- the main character earns by creating illusions about sex and from time to time thinks where it will lead her.

Those who watched the naruto anime or played League of Legends will remember the nine-tails. For every hundred or thousand years of life, foxes grow one tail, but there can't be more than nine. After receiving the last tail, their fur turns silver or white, and the Fox itself acquires infinite insight. They are called "kyubi no kitsune", which literally translates as"nine-tailed Fox". They take possession of people and help to raise the weakened spirit, but rarely stay for long (only if they are attached to the owner).

Interestingly, Kurama, the same spirit inside Naruto, does not match the legends -- first, his fur is still red, and secondly, he hates all people and does not trust them, so he can not be considered a positive character. Ari from LoL is also, rather, evil -- she fed on the life force of victims and got drunk on other people's memories until she repented (Yes, the League has an LOR, and someone writes it), but the fur on her tails is silver.

Ghost of Tsushima-an action-adventure game from Sucker Punch Productions - will be released on July 17 on PlayStation 4. #interesting #HD #games #GhostofTsushima 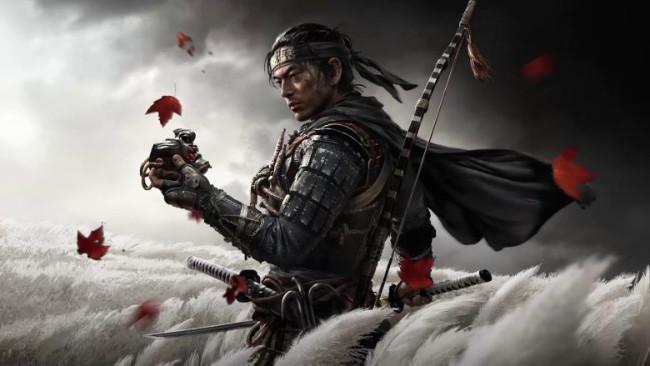