The most unexpected secrets and secrets of GTA 5 - Part I

The game GTA 5 is just filled with different Easter eggs and references. The developers did their best, which means that our task is to collect all the secrets and secrets on the map.

GTA 5 is undoubtedly a breakthrough series. Everything is perfect in the game, starting from physics and graphon, ending with the plot, missions and features. But an integral part, without which the game simply would not be itself-this is the secrets and paschalki GTA 5. Rockstar Games always try their best in this matter. This is why searching for Easter eggs is a favorite activity for fans of the game series. Now we are exploring gta 5 and look for secrets and secrets on the map.

-The mystery of the chicken and the cone - how it happened. - Inscriptions under the bridge - let's understand the signs. - Luke from the TV series "Lost" - thank you for the nostalgia. "A skeleton of a sea monster - what are you?" -It exists: Bigfoot, Bigfoot, Bigfoot. -Anna Rex - history of the disease - Alien - UFO -Snowman - The secret of mount Chiliad "The Ghost from mount Gordo - Infinity Killer - GTA 5 Zombie Vinewood -Links to other games -Access to secret rooms - Useful chips -Interesting fact

The mystery of the chicken and the cone - how did it happen?

Let's start with a strange chicken that has been haunting us for several games in a row. Oldfags are well known for the statue of a chicken with a cone on its head, which was in GTA III, where it was just an act of vandalism. Then GTA IV-has already become a roflom over politicians. Now the chicken is located in Paleto Bay - here its story is as follows: cluckin' Bell employees put a stupid cone on the chicken's head to hide a terrible secret - our bird does not have a comb, it is not even a chicken, but a damn pigeon.

Inscriptions under the bridge - let's understand the signs.

It has become a tradition in GTA to spread incomprehensible and funny inscriptions in the most unexpected places. And, of course, in GTA 5, the developers left us an Easter egg near the Ammu-Nation store in the Strawberry district. Near the rise to the bridge, we find the phrase: "Turn Back" (turn Around), immediately follow the order - go to the side opposite, waiting for the solution. And there we find the phrase " Nothing here! "(There's nothing here!) and the addition of "Sorry I Lied!"(Sorry, I lied!). And with the feeling that you just nae (cheated) go on.

Luke from the TV series "Lost" - thank you for the nostalgia.

If you haven't watched Lost, which at one time was a breakthrough in the genre of TV series, then... I won't recommend it to you, because that time has already passed. But if you have old school cramps from mentioning the name of the series, then this secret will be to your liking: And after all, what is not at the bottom of the sea in GTA5. And even the same hatch. Sometimes a light comes from it and you can hear an ominous thud. Moreover, this knock is a code in Morse code. When translated from English, we get the phrase: "Hey, you never call, how about going bowling?"Damn, but this is a reference to a terribly annoying Novel from GTA IV, which will get their calls even dead.

Skeleton of a sea monster - what is it?

The remains of some unknown Cthulhu can be found near the coast of Los Santos, to the West of the Kortz Center. In the community there is an opinion that this is just a skeleton of a whale, but just look at how creep it looks. And it is very difficult to believe that this creature was once just a whale.

A favorite topic for conspiracy plots since the days of GTA San Andreas has not spared GTA5. Only here we see the exact facts about the existence of the Yeti and can go in search of it. To start the game, you need to pass 100%, and only then will Franklin have an additional task "Remaining". And it is in it that we will go hunting for Bigfoot. If you have already clicked on the label to see this miracle with your own eyes, then I will upset you - our Bigfoot will just be a dude in disguise. Although the number of bullets that he will catch from us suggests that everything is not so simple.

There is a Fashion Vinewood store in the Vinewood area. And near it, we will find a lovely zombie with whom you can even chat a little.

Links to other games:

On the streets of Los Santos, graffiti from GTA Vice City is scattered everywhere. On the wall of a house in sandy shores, you can find a poster that the main character of GTA4, Niko, is wanted. On the t-shirt of a passer-by, you can see the main character of the game Red Dead Redemption. Also, you can not pass by the similarity of Michael and max Payne. Especially in his famous tropical shirt from the game MAX Payne 3.

Continued In the next part, you will learn about the secrets of mount Chiliad, the Ghost from mount Gordo, the killer "Infinity" and other, no less interesting secrets of GTA 5. 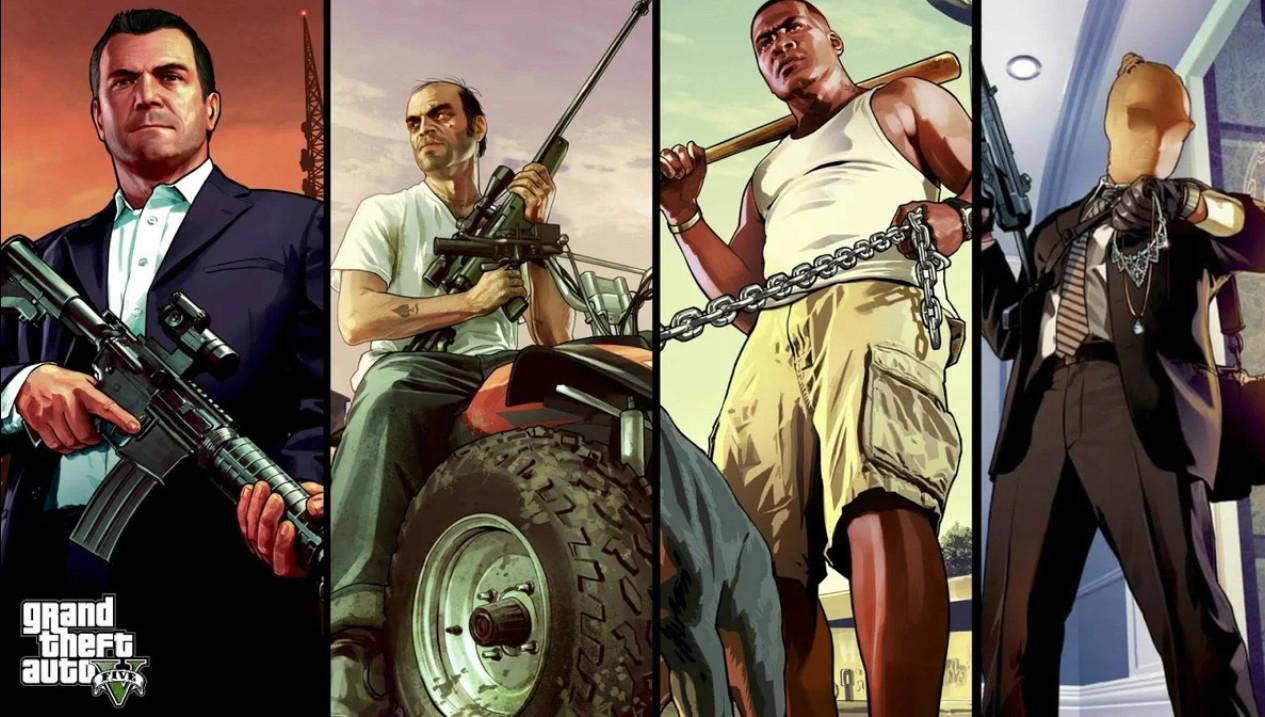